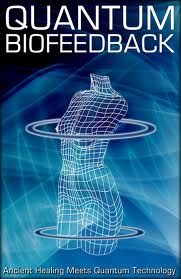 Now is the time to institute a new and better approach to “medicine,” to caring for our health; and Bioresonance Biofeedback may be just the place to start. First, the back story.

In 2011, international consulting giant Price Waterhouse Coopers wrote, “Conventionalmedicine is failing, even in the most advanced nations of the world.” In 2016, the NewYork Times declared medical error to be the third leading cause of death. Shortly after that, it came out that the fourth leading cause of death was pharmaceutical drugs –properly prescribed drugs. And now, in this era of COVID, it has become apparent that the lockdowns, mandates, and questionable CDC protocols not only killed our economies,they have killed and harmed people – by the millions.

This must be our wakeup call – to focus our attention on this failed, big-medicine-driven system. So, what is the deeper problem here…which ties in with the corruption?
Beginning in 2009, top medical researchers at Stanford and elsewhere discovered that up to half of all medical science was false. Yes, you read that correctly. Up to half! Leading medical journals and mainstream media carried the story, yet NO reforms were made and it was business as usual. Today, more than half of Americans are suffering with at least one chronic disease; 1 in 6 children has a behavioral disorder; America has the highest infant mortality in the industrialized world; and chronic diseases are at epidemic levels. But should we really be surprised, when the evidence in evidence-based-medicine is missing and the industry leaders continue to spew out lies?

Certainly, there are many caring doctors and healthcare professionals who are doing their best. Yet, Big Pharma, which has bought and paid for our legislators as well as most of the industry, is THE largest defrauder of the federal government. They have paid billions in fines under criminal convictions and have consistently put profits before people. So, while their businesses get healthier, we get sicker. Goldman Sachs echoed this a few years ago when they effectively told us that ‘curing people was not a sustainable business model.’ But, it would be an ethical one, wouldn’t it?

All of this is compounded by a broken insurance system. With a one-size-fits-all standard-of-care approach, and payouts limited to largely drugs, surgery, and radiation, these companies are big contributors to medicine’s failure and our ongoing hell-th crisis. Fortunately, better, less costly cost-sharing plans are here, though we’ve still a long way to go.

So, here’s the million-dollar question: Once you become aware of the medical industry’s malfeasance and lack of evidence, then what? Where do you turn for vetted health care you can trust? To naturopathic doctors? To acupuncturists? To chiropractors? Maybe. But I’d like to suggest a different tack… or at least a better starting point.

Your health journey must begin with accurate metrics – to enable you to determine the kind of health support you need and the practitioner who will best serve you. Will an annual physical exam give you that baseline? Absolutely not. First, a year is a very long time in terms of health. Secondly, the physical exam is limited to mostly the physical, and that is only part of the health equation. More likely, this annual exam is contributing to our growing health crisis because, like wearing face masks, it gives people a false sense of confidence. Though positioned as the gold standard almost a century ago, we’ve learned since then that health is influenced by many factors that these exams overlook, such as:

1) Emotional stressors and our beliefs (our programming), 2) Nutrition, 3) Dental and Oral Health – (super important because the toxic bacteria in root canals and gum disease also causes chronic disease), 4) Pathogens and Toxins (from an increasingly polluted world), 5) Genomics, and 6) Spiritual factors.

In light of this, the ideal solution would be to have test or device that can look at all of these factors and give us a comprehensive set of health metrics — quickly, accurately, and inexpensively; the devices should be sensitive enough to pick up sub-clinical imbalances, too, to alert us to possible problems before they arise. Consistent with the latest science (where Einstein found that our energy fields actually govern our physical bodies), these devices should see us as whole (wholistic), interconnected “systems” — systems that rely on the proper flow of energy and voltage to correctly function. Do devices like this exist? Yes! They are known as “Bioresonance Biofeedback” devices, and have slowly been gaining recognition worldwide. Like the diagnostic computers mechanics use on our cars, these devices are capable of quickly scanning YOU for thousands of health variables pertaining to the health factors above. These advanced biofeedback systems – built on real rocket science — give us a much deeper look ‘under our hoods,’ so to speak. The technology has been around for decades, yet because of its disruptive (to industry profits) nature – it has been suppressed. Think of these like the monitoring equipment used in hospital ER’s and OR’s, but on steroids. Joe Galloway, one of the engineers who helped develop those monitors, also helped develop the latest generation of biofeedback devices. Joe describes these new devices as a ‘quantum leap’ forward. “We designed those original heart and brain monitors fifty years ago,” he told me. “Since then, this technology, and all of science has advanced light years.”

Bioresonance Biofeedback: A Systems Engineering Approach to Health Bioresonance not only helps us to reframe the concept of health – which is really all about balance (homeostasis) and resiliency — it also puts the focus on true well-being, as opposed to just disease care. In short, it provides us with a new path forward so we are not stuck in no-man’s land… or no-doctor’s land, if you will.

What can systems like the Quest 9TM do, for example? For starters, they can scan you for – not dozens – but over ten thousand health variables… in minutes. Even better, like today’s telemedicine, you do not even have to visit the doctor’s office. Their use of scalar-wave technology enables them to scan/read you — for the resonant frequencies of everything from mold to viruses to mineral levels to toxins – at home, or anywhere in the world.

So, what exactly is bioresonance? Well, to resonate means to produce electrical or mechanical resonance; to be in harmony with something. The term resonant frequency, which you’ve probably heard, refers to the natural frequency of vibration as determined by the physical parameters of the vibrating object. Think ‘tuning forks.’ Yet, every living thing vibrates, too. This basic idea of physically determined natural frequencies applies throughout physics. The fact that conventional medicine calls bioresonance “unproven” is absurd; a testament to the fact that conventional medicine is a century behind the rest of science, to the detriment of you and I.

This technology has already helped millions around the world, even in China. The government did extensive testing with these devices for several years with their Olympic teams, and were so impressed that they purchased several thousand to use in their hospitals. Do these replace lab tests or other standard diagnostics? No. They each have their place.

For a general health overview, though, and that deep look under the hood… nothing compares. Plus, not only can these devices scan you and provide reports, they can “feed back” to you the correct balanced energies to help your body regain its optimal health and function. Can they clear out excessive heavy metals or fix an infected root canal, for instance? They can help with those, but only in a small way. Their value here is in pointing you towards finding additional solutions – like detoxing protocols and perhaps seeing a dentist. For psycho-emotional issues, though, such as clearing trauma or addictions, they are excellent. I worked with one of these devices at a “Stop Smoking” clinic I ran some years back. People who smoked two and three packs a day were able to walk out after a 90-minute session and never smoke
again. Impressive! How did it work? Like the tech in noise-cancelling headphones, the device inverts the energetic pattern of the addiction and cancels it out. Why don’t we hear about these? Because they would cut into the profits of those nicotine gums and stop-smoking meds. In the case of drug and alcohol addictions, where they have also been proven to work, it would likely wipe out the rehab industry. Oh. But… wouldn’t that be a good thing?

Because these sensitive devices can uncover imbalances long before you begin to express physical symptoms – and can help you correct them — you may never, theoretically, have to deal with chronic illness again. No cancer, no heart disease, no Alzheimer’s, no strokes. Again, this would be very bad for these profiteers.

Personally, I would like to see the concept of resonance – the main principle underlying all of Bioregulatory Medicine and life, itself, quickly become mainstream; to shift us from disease care to balance, resiliency, and well-being – on the physical, mental, emotional, and spiritual levels. Here is where Bioregulatory Medicine, along with these new technologies, can shine – bringing us into a healthier future and bringing back the art of medicine.

“Health,” wrote Gabor Mate, MD, “rests on three pillars; the body, the psyche, and the spiritual connection. To ignore any one of them is to invite imbalance and dis-ease.” With today’s advanced bioresonance biofeedback devices, the principle of bioresonance can be applied to all three pillars – to help make a smarter, healthier, and happier, YOU.

Post Script
Leading devices on the market today include: the CyberScan (Germany), the QUEST 9, SCIO, and EDUCTOR (Hungary/U.S.), the SpectraVision and AO SCAN (U.S.), the TimeWaver and Ondamed (Germany), and the Asyra and Quest 4 (British/U.S.) Their costs typically range from $8,000 to $35,000, which is pretty reasonable considering all they do. More recently, powerful, personal, wearable devices, like the HEALY, have arrived on the market, too.

Jim Grapek is an independent, award-winning writer/producer (featured on the Discovery Channel), a board-certified Biofeedback practitioner, and founder of The Pavilion — an immersive, 21st century community nexus that delivers the best that science, Bioregulatory Medicine, and an awakened humanity have to offer — to enable people to live happier, healthier, and more meaningful lives. JHGrapek@ThePavilionCenter.com